Childhood toys come to life this summer when the Hot Wheels Monster Trucks come to Philly! 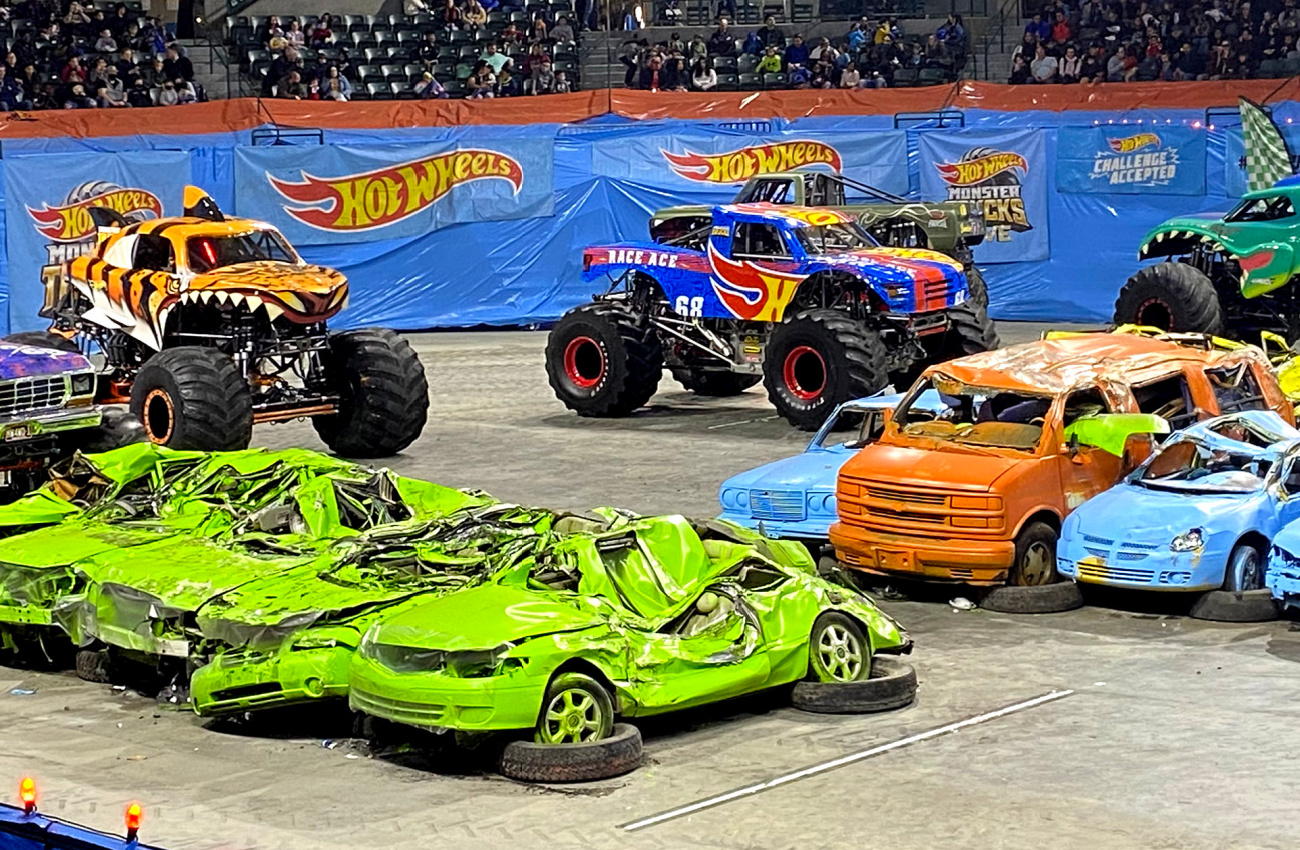 Hot Wheels® Monster Trucks Live is coming to Wells Fargo Center this summer and you NEED to be there! Why? Because monster trucks are AWESOME! Thank you for coming to my Ted Talk.

I kid. I kid. Seriously though, monster trucks ARE awesome and I had no idea until I took my son to see this show. Having seen monster trucks on tv, I thought I already knew all that I needed to know—that they were big and loud, and that they crushed things. I mean, that’s basically it, right? Boy, was I wrong!

From the minute we walked into the arena, I had to admit it—these trucks were amazing. Their paint jobs alone were works of art, and the trucks’ mechanics and tires were, in the words of my son, “insane!” However, it wasn’t until they started their engines that I realized that these were not just loud trucks. They were truly MONSTERS. Nothing could have prepared me for the thrill I felt as our seats rumbled. With the very first turn of the wheel I was hooked—immediately transformed from a regular-old-mom taking her son to see a cool show to an absolute, monster-truck-lovin’, adrenaline junkie.

For the next two hours, my family and I watched in awe as these incredible, real-life versions of my kids’ toys smashed, crashed and competed with each other as the exhilarated crowd cheered for their favorites. There was even a 30-foot-tall, fire-breathing, car-destroying dinosaur—the Megasaurus! The jaw-power on this thing was astounding and unlike anything we’d ever seen before.

Just as we were starting to think it couldn’t possibly get any better, the freestyle motocross guys came out. Talk about incredible. Our hearts were in our throats with every completed jump and stunt across the impossibly large gap. I don’t think I’ve ever seen my son so impressed. My one regret? Not making it in time to attend the Crash Zone Pre-Show Party where fans were allowed to enter the competition floor to get an up-close and personal look at the trucks and meet the drivers. With all the thoughts and questions my son had about how the trucks “probably” worked, I think he would have been especially thrilled to get a close look at all the mechanics and maybe even ask the drivers a question or two.

Hot Wheels® Monster Trucks Live promised an exciting show full of fuel-injected action and it did not disappoint. My advice? Get tickets early for the best seats possible and be sure to fit in the pre-show. Don’t forget to bring earmuffs or earplugs…you’re definitely going to need them, but it’s 100% worth it.